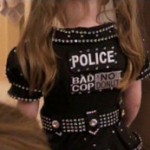 Miss University of Arkansas, Sarah Gafvert, was arrested a few months ago on a charge of Arkansas DWI.  As I recall, there was the typical rush to judgment on Ms. Gafvert’s guilt.  However, as this ABC News story points out, things aren’t always what they seem.

Ms. Gafvert informed the cop that she had Type 1 Diabetes and was having a hypoglycemic episode.  What does the officer do?  Take her to the hospital to be treated and have a blood test to determine her BAC?  Of course not.  He smelled alcohol on her, so he has to charge her with a DWI even though he readily acknowledges in the video that her “swaying balance” could be caused by the diabetes (obvious admission of reasonable doubt on the part of the cop).

The problem here is that officers are trained that breathalyzers are magical instruments that ALWAYS give the correct answer.  So to determine whether it was the alcohol or the diabetes causing whatever bad driving the cop allegedly observed, the cop offers and Ms. Gafvert “volunteers” (she could have and should have refused) to take a portable breathalyzer test (PBT).  These devices, even when you don’t have diabetes, are inherently unreliable indicators of BAC levels.  So much so that they are inadmissible as evidence in the state of Arkansas and many other states.

When you DO have diabetes, the results of a portable breath test border on “completely irrelevant.”  That is what this ABC News story misses…a diabetic can blow a .13 (as was the result in this case) WITHOUT A SINGLE DROP TO DRINK.  Is this fact taught to officers at the academy?  No.  Do they even bother to Google it before they go out on patrol, ruining the lives of Arkansas’ beauty queens?  Apparently not.  Even a cursory review of scientific literature would reveal that hypoglycemia causes “ketoacidosis.”  Ketoacidosis causes the production of acetone, which will be recognized by a breathalyzer as alcohol.