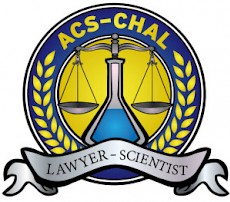 So WHAT is a "Lawyer Scientist?"

The Forensic Chromatography Course at Axion Labs in Chicago describes it best...

"Like 'poet-warrior' or 'philosopher-king,' there are lawyers of a new breed known as the ACS-CHAL Forensic Lawyer-Scientist. The ACS-CHAL Forensic Lawyer-Scientist is one who uses validated and legitimate science for the benefit of justice. These are lawyers who study the science and apply it legitimately in the courtroom. They expose invalid or non-validated science and use valid science in the courtroom. They eschew the smoke and mirrors techniques of old and embrace the science for the benefit of all.