It's NOT a "Candygram" 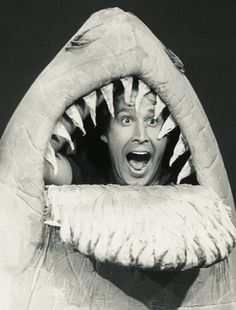 If you ask a shark if today’s a good day to go swimming, of course he’s going to say yes.  He’s a shark.  On the other hand, you can’t blame him too much when he bites your leg off.

I read an article in last Saturday’s DemGaz by the “Drivetime Mahatma.”  It was called “Saying no to a breath test a loaded issue.”  In it, a reader asks whether he had to blow into a portablebreathalyzer that was stuck in his face at a DWI roadblock.  The Mahatma proceeds to inform the readers that they have the “right” to refuse the test, but implies that if they do so they will be charged with a Refusal under Ark. Code Ann. 5-65-205.

Then, in a very un-Gandhi-like move, he deferred to the police for the answer.  Arkansas State Police Mouthpiece, Bill Sadler, was quoted as saying that you should “comply with the requests of the trooper.”  While you’re at it, you might as well confess to the trooper every crime you’ve ever committed.

Basically, that was the article’s answer.  Here’s mine as it relates to portable breathalyzers:  DON’T BLOW!

The Mahatma is correct that you have the absolute right not to blow.  That is true whether you are talking about the portable breathalyzer (or “PBT”) or the stationary breathalyzer down at the station.

The Mahatma is WRONG in his implication that you will be charged with the separate crime of Refusal if you refuse to blow in the PBT.  We have NEVER had a client charged with a Refusal when the client refused to blow in a PBT.  I can see where one might be confused…the statute (Ark. Code Ann. 5-65-202) does say that if you drive, then you have already consented to a chemical test(s) (i.e. a breath test), and it does not provide an exception for a PBT.

However, Ark. Code Ann. 5-65-204(b) and 5-65-206(c) require that a chemical test be performed pursuant to a method approved by the Department of Health (unless it was performed by the State Crime Lab).  Further, Ark. Code Ann. 5-65-206(d)(2) requires that the instrument  be certified at least 1 time in the last 3 months and that the operator of the instrument be trained and certified.  A PBT meets NONE of these requirements.  As such, you can’t really be required to submit to a chemical test that hasn’t been approved as a “chemical test.”

Not to mention, a PBT is absolutely inadmissible in Arkansas as evidence of intoxication anyway.  There are lots of good reasons why a PBT is inadmissible (i.e. mouth alcohol, calibration, etc.), but I will save that for another day.

As for the stationary breathalyzer down at the station, which IS admissible, you still have the right to refuse that test.  HOWEVER, you WILL be charged with a Refusal.  But there is no jail time or fine for a Refusal.  I know you’re saying to yourself, “What kind of a ‘right’ is that when I get charged with a crime for exercising my right?!”  I don’t have an answer for you on that one.

Lastly, you don’t need me to tell you that anytime you have a legal question regarding criminal law and the only authoritative answer provided comes from a cop, you might ought to get a second opinion.  And if you can’t get a second opinion on short notice, DO THE OPPOSITE!

Don’t get me wrong, I’m not blaming the Mahatma.  LOTS of people are confused in this area of Arkansas DWI law.  So, there you have it…a second opinion.  Now you don’t have to listen to anymore sharks.