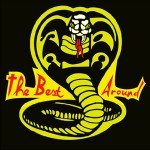 2012 was another successful year at Bennett & Williams.  More proof that if you’re looking for the best dwi/dui lawyers in Arkansas, you need look no further:

Tommy and Brad were the only DWI lawyers voted Best Lawyers in Little Rock in the December 2012 issue of Little Rock Soireemagazine.

Brad and Chip were selected as one of Arkansas’ 2012 Top 40 Under 40 by The National Trial Lawyers.

Tommy, Brad, and Chip were all selected as 2012 Super Lawyers Rising Stars.

And, most importantly, we won a record 101 drunk driving cases this year.